What Will The New Generation Of iPhones Look Like: iPhone 2019 And Beyond 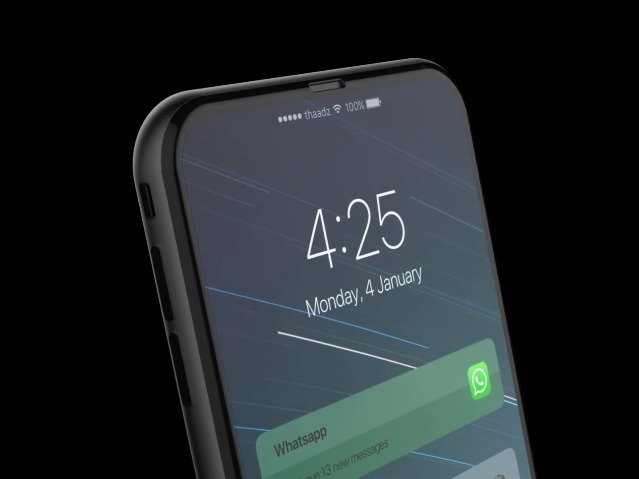 What Will The New Generation Of iPhones Look Like: iPhone 2019 And Beyond

In a world full of concepts, ideas and forward-moving applications, we are all wondering what will smartphones look like and how are they going to evolve in the future. Now, most of these opinions are based on the fact that technology has achieved a peak – and the latest iPhone models are the perfect examples for that.

But what will iPhones look like in 2019 or the near future? How different will they be compared to today’s smartphones? Will technology take a break – or give us a whole lot of new features we have never imagined before?

Below, we are listing our review of the next generation of iPhones.

Switching To OLED Screens As The First Breakthrough

One of the first things that everyone expects seeing in terms of features is the improved display experience. So far, we have had many different displays based on the LED technology. However, the AMOLED tech and specifically OLED screens will bring a new future in many different ways.

In 2019, the highly likely raising prices of LCDs will bring a new revolution. On top of that, it looks like curved iPhones and no-button screens are going to be massively accepted out there within the next year.

As we all know, iPhones are the perfect combination of expensive and fragile. Their design is among the best out there – and they are known to be ‘the most beautiful phones’. According to many experts and analysts, Apple is going to continue with this mission – to make each new iPhone magnificent.

However, iPhones must become more robust, eliminating the need for cases and eliminating scratches and smashed screens from small drops. Thanks to the durable super-strong materials that could be used on the 2019 iPhone and 2020 iPhone, we may see a new future. A future where the iPhone 9 will be the strongest and most resistant iPhone of all time.

Other things that can be improved when it comes to design include:

As you can see, there are many possibilities when it comes to the overall design of the iPhones.

A Bendable – Or Foldable – iPhone?

In January 2015, Apple was awarded a patent in which the company was prepared to investigate the idea of a flexible iPhone. According to the patent, making the iPhone flexible can help Apple innovate the smartphone market again and unlock a new range of controls.

With this user experience, we could all open apps by bending the device in a particular way – or use our flexibility to control a game. No buttons and no struggles – as simple as that.

One of the things Apple should definitely work on are batteries – and further development in charging units. Generally speaking, the idea that the iPhone is ‘the best thing ever’ is usually interfered by battery problems.

The truth is, today smartphones are commoditized and there are only small differences between one iPhone and another. So, Apple should see this and really innovate the space with a battery that, for example, lasts a couple of days instead of one day.

Currently, battery tech is getting better and better. However, what’s worse is that today’s iPhones keep cramming more power-hungry components into slimmer chassis so the battery life ends up staying roughly the same.

Let’s just hope that the future iPhones will come with both improved batteries and less power-hungry components. In other words, let’s hope that we will have an iPhone with a battery that is able to last up to a week.

In the end, there are many things to discuss when it comes to future iPhones, especially from the perspective of integration.

We are seeing more and more interconnected devices. From Apple watches to AirPods, cars and even smart fridges, there are devices which communicate between each other and are participating in a future of technology that we will definitely start appreciating.

This site uses Akismet to reduce spam. Learn how your comment data is processed.